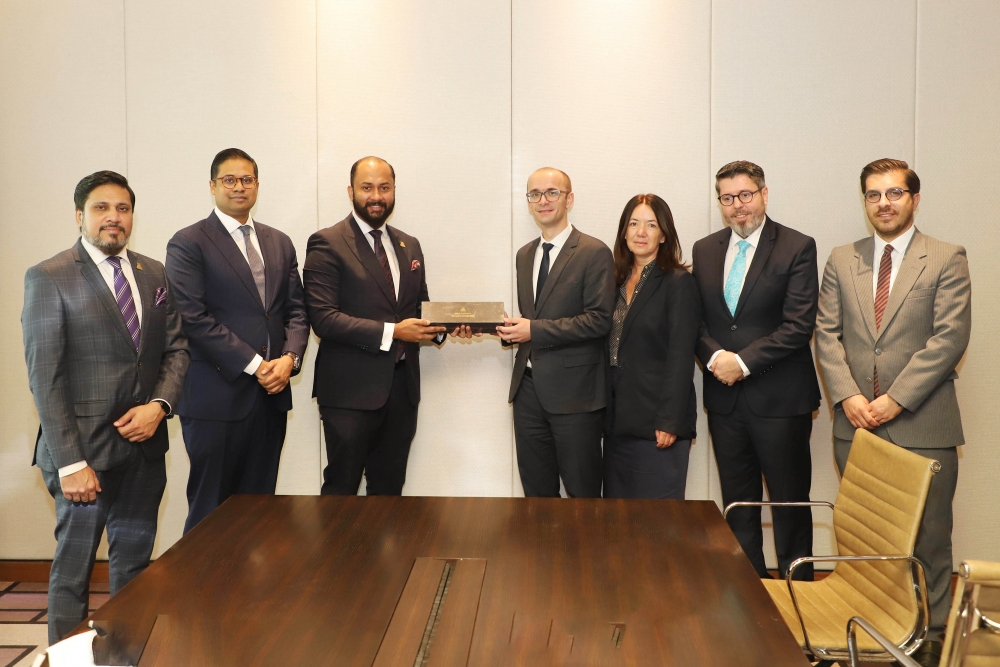 President of Dhaka Chamber of Commerce & Industry (DCCI) Rizwan Rahman had a meeting with the visiting Deputy Foreign Minister of Kosovo Kreshnik Ahmeti at a city hotel in Dhaka today on 10 October 2022.

During the meeting, DCCI President Rizwan Rahman said bilateral trade between Bangladesh and Kosovo was USD 0.31 million only in 2020. Our export to Kosovo in 2021 was USD 1.41 million. He also said that like Kosovo, here in Bangladesh the economy is driven by SMEs. He proposed that virtual B2B match-making between the businessmen of both the countries will ensure knowing each other as well as create scope of new ventures. Kosovo can hire our IT professionals, engineers and skilled work force from Bangladesh, he added. RMG and pharmaceutical products of Bangladesh show huge export potential in Kosovo. He also said that framing FTA between Bangladesh and Kosovo may facilitate to promote trade, investment, commercial and economic interests. Both the countries can capitalize their expertise and competitive advantage of producing their goods and services for enhancing mutual trade and investment.

Mr. Kreshnik Ahmeti, Deputy Foreign Minister of the Republic of Kosovo said that 92 percent of businesses in Kosovo are SMEs and 98 percent are small and medium enterprises. Kosovo is a free market but to know each other reciprocal exchange of business delegation can play a pivotal role. He also informed that the foreign and economic policies of Kosovo normally do not change. He said last year FDI to Kosovo was good and they are transforming their coal based power to renewables. He also suggested that a joint business committee and B2B forum can be established to boost bilateral trade.