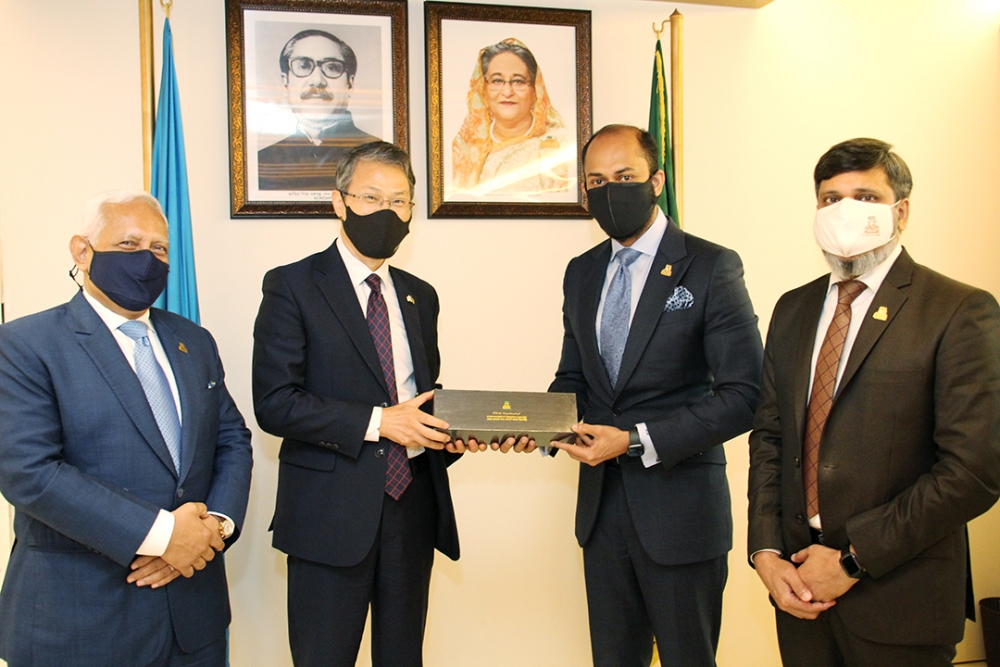 Welcoming the South Korean Ambassador to DCCI Rizwan Rahman said there is a steady increase in bilateral trade between the two countries, which currently stands at approximately USD 1.6 billion. Of the total bilateral trade, Bangladesh’s export to the Republic Korea recorded only USD 398.66 million in FY2020-21. Cumulative stock of FDI from South Korea to Bangladesh reached US$ 1030.67 million. He also invited Korean investors to invest in Leather & Footwear, Shipbuilding, Pharmaceuticals, Backward Linkage of RMG, Automotive and Infrastructure, Agro processing, Power sector, Electronics sectors. He also requested the envoy to relocate Korean sunset industries to Bangladesh. Rizwan also said that DCCI and South Korean Embassy can work together for improving business climate for signing a bilateral FTA. He lastly invited South Korean entrepreneurs to join the B2Bs under “Bangladesh Trade & Investment Summit” to be held from 26th of October jointly organized by Ministry of Commerce and DCCI.

Ambassador of Korea Lee Jang-Keun said that the trade relation between Bangladesh and Korea is very close. South Korea is the 5th largest source of FDI for Bangladesh and most of investments are from the manufacturing sector. 93% of Bangladeshi products get duty and quota free market access in South Korea. Regarding FTA, he said that South Korean already have FTAs with about 70 countries including China, ASEAN and Europe. In response to the comments of DCCI President, he said after the LDC graduation, Bangladesh may take an initiative of signing an FTA with South Korea. However, there is a huge potential for South Korean investors in pharmaceutical and ICT sector here in Bangladesh, he told. For more export competitiveness, he also suggested to improve product diversification. He also termed business to business contact, exchange of both way delegations and chamber to chamber interaction very important to increase bilateral trade as well as narrowing the trade gap.